Langara College’s Studio 58, in association with The Chop Theatre’s re-imagining of Shakespeare’s best known work, Romeo + Juliet, started out really strong where we found ourselves at the height of Andy Warhol’s party at The Factory.

The random cast and audience interaction amidst the 60’s sounds blaring set the tone of this version, leading up to the show proper where we are treated by the cast doubling up as musicians, but it seemed almost as soon as the party started, it suddenly left, and from there, we basically got the traditional Romeo and Juliet but in 60’s garb. 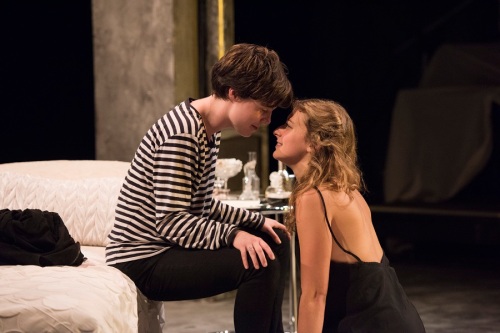 Director Anita Rochon’s vision was really interesting, but I really felt she could have utilized the cast’s singing talents more, especially setting them up on an era that is well known for its music genre. When you get to see the tragic scenes in Act 2, notice the cast in the background and you’ll see what I mean. But what made up for the lack of music was the cast’s superb performances, particularly, the leads Camille Legg and Adelleh Furseth who gave us very endearing, effective titular characters.

Romeo + Juliet as a whole is a very good show – true to its origins while experimenting on something new, and although it could use a bit more work, it did deliver a very effective and emotional story that seemed to really resonate with the audience.

I heart the arts and have been a theatre lover for as long as I can remember. I have been an avid follower on what's happening on Broadway, the West End, as well as the Vancouver, Seattle, and Manila Philippines theatre scene.

gathering gumption for growth and decay

We watch what you watch.

An above average pop-culture and lifestyle blog